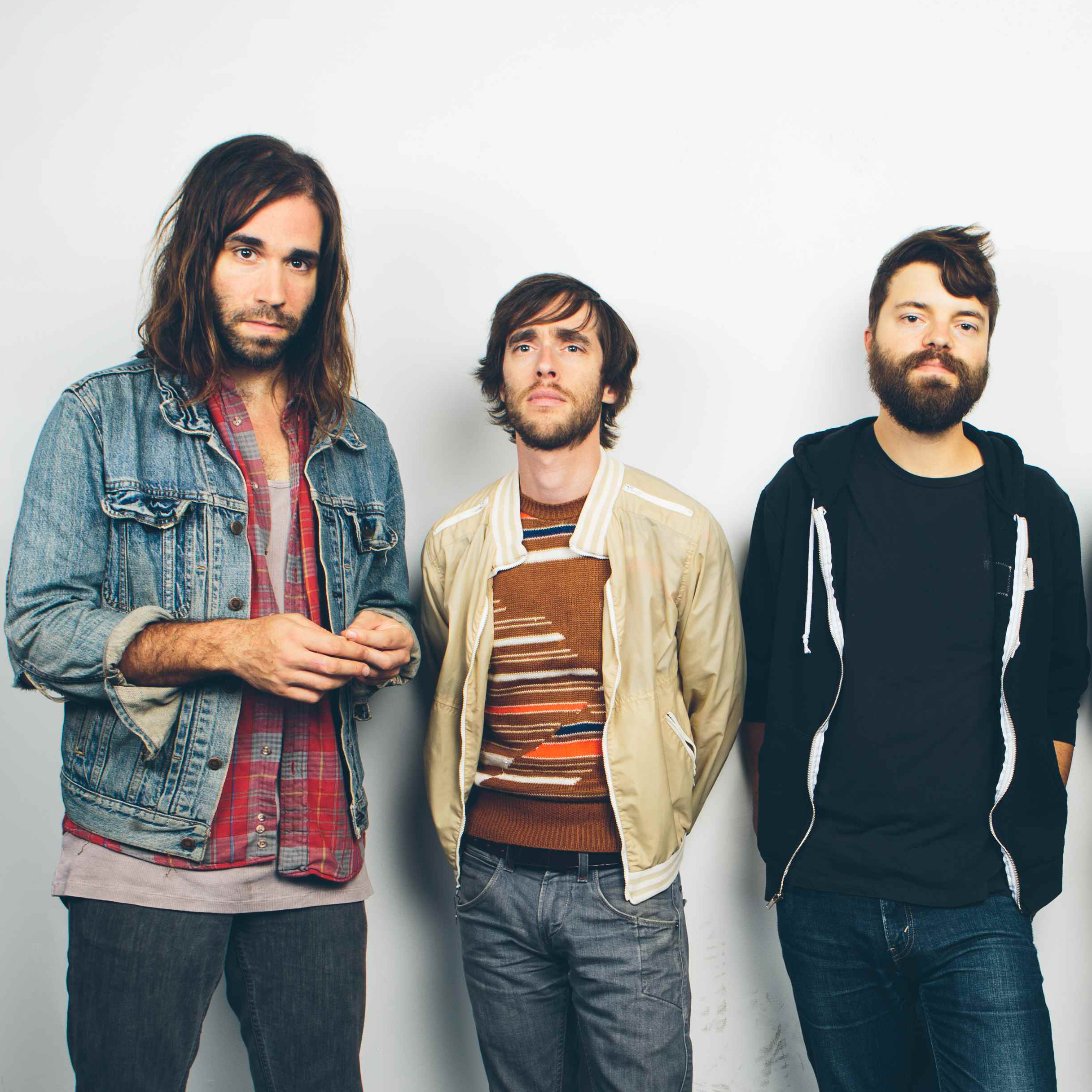 Some lives have a theme.  And sometimes that theme is present in everything that someone does.  For Soft Swells’ fearless leader Tim Williams, that theme is Youth.  After having 2.5 heart surgeries before turning 30, and a baby girl shortly after, at every turn in life, he’s reminded of what it means to him to Be Young – which, by no coincidence, is the name of the LA based indie-pop outfit’s third full-length album.  The songs on Be Young are a reflection of what it really means to be alive, considering all of the life changing events in Tim’s past ,and those yet to come.

The creation of Be Young was truly a labor of love.  It was recorded over a span of many months, with the first notes being recorded just after his daughter Lily Pepper was born.  What started as a series of low key recording sessions in Tim’s garage in Pasadena, sandwiched between long days and sleepless nights, quickly evolved into a larger scale, more collaborative effort.  After working with bandmates Chris Pappas, Kyle Fredrickson and Jack Lawless on a handful of songs, Jack got called off to tour the world, drumming for DNCE, and Chris’ schedule with his own project Elle Belle started to monopolize a lot of his time.  This led Tim to finishing the record with some old friends that he had been eager to reconnect with.  The end result is an album born in a garage, and fully realized during further collaboration with Alan Wilkis of Big Data, Jon Visger of Absofacto and Soft Swells’ guitarist Kyle Fredrickson.  To round it out, long time Soft Swells collaborator and producer Dave Lynch mixed it in England, at Echo Zoo Studios, and Joe LaPorta mastered it at Sterling Sound in New York City.  The end result is Soft Swells’ most rounded effort to date, combining simple songwriting, giant hooks, honest lyrics that come straight from Tim’s resilient heart.

“BECAUSE IT’S PRETTIER THAN NADA SURF, MORE HOPEFUL THAN SPOON, AND LESS GLITCHY THAN BASTILLE, YET SOMEHOW MAKES US THINK OF ALL THREE. THAT’S A GOOD THING.” – ESQUIRE MAGAZINE

“SOFT SWELLS LEAVE YOU IN AN ELECTRIC MELANGE OF FORGET ME NOTS, ON THE HAPPY HEARTED NOTE THAT PARTED HEARTS WILL MEET AGAIN IN LIFE’S GREAT HAPPILY EVER AFTER.” – IMPOSE MAGAZINE

“THE TITLE TRACK OFF OF SOFT SWELLS’ NEW ALBUM ‘FLOODLIGHTS’ IS ANOTHER INDIE-POP GEM.” – BLACKBOOK MAGAZINE

“WITH SO MANY BANDS PLAYING PREDICTABLE POP-TINGED INDIE ROCK, IT’S REFRESHING TO HEAR ONE THAT GIVES IT JUST THE RIGHT TWIST.” – NYLON

“UPBEAT AND VERY FULL-SOUNDING TUNES. WHILE ONE MINUTE THE GUYS SOUND LIKE A CATCHY POP OUTFIT, THE NEXT YOU’LL HEAR THEM INCORPORATING ELECTRONIC SOUNDS. ALBUM OF THE WEEK. – USA TODAY

“A TIGHT BREED OF ROCK-POP THAT IS EASY ON THE EARS. BE FORWARD THINKING AND START MAKING YOUR SUMMER PLAYLIST NOW – AND PUT SOFT SWELLS AT THE VERY TOP.” 4.5/5 – CONSEQUENCE OF SOUND

“AN ENDEARING BLEND OF FUZZ AND POP.” – SXSW.COM

“YOU HAVE TO ADMIT, THERE’S SOMETHING TO BE SAID FOR A WELL-WRITTEN PIECE OF MODERN POP MUSIC, AND THAT’S PRECISELY WHAT YOU HAVE HERE.” – AUSTIN TOWN HALL

“CONTEMPORARY INDIE POP IN THE VEIN OF BANDS LIKE PHOENIX AND NEON INDIAN.” – SFSTATION